In this article we will discuss solar roofing systems, which integrate roofing materials with solar PV panels or solar thermal systems. Specifically we will cover, metal roofs, PVC flat roofing membranes and asphalt shingles. Although most roof-mounted solar systems are installed on top of an existing roof – be it an asphalt shingles roof or any type of flat roof – these solar systems are not integrated into the roofing material, and therefore are not solar roofs.

Why Are Solar Panels Installed On Roofs?

Most solar systems are installed on a roof of a house or a building. The exception are solar farms or ground-mounted solar installations, but these are rare, and are usually 100% commercial solar systems. There are a number of reasons why most solar systems are installed on roofs. The primary one being limited space – especially in an urban setting, where roofs represent significant unused space. Another reason is that usually roofs are not shaded by trees, nearby buildings, etc – they are the highest point of a building with great sun exposure, which makes them perfect to install solar panels on. 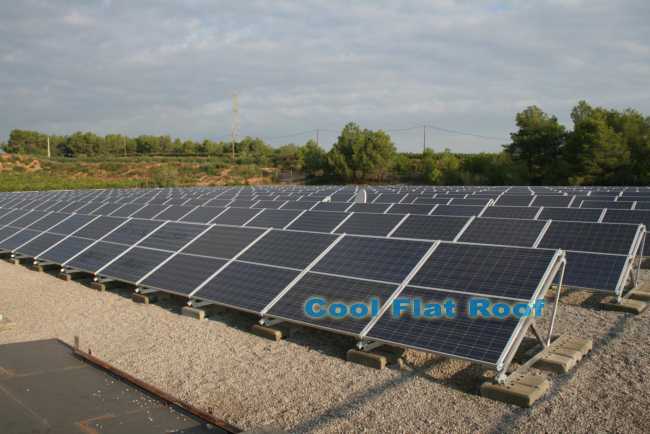 END_OF_DOCUMENT_TOKEN_TO_BE_REPLACED

Last week, Boston was a host to hordes of roofing sales people, roof manufacturers’ reps and local roofing contractors from all over Massachusetts and New England. It was the NERCA (North East Roofing Contractors Association) annual convention, where most roofing materials, tools and equipment manufacturers were present, promoting their new products and services. 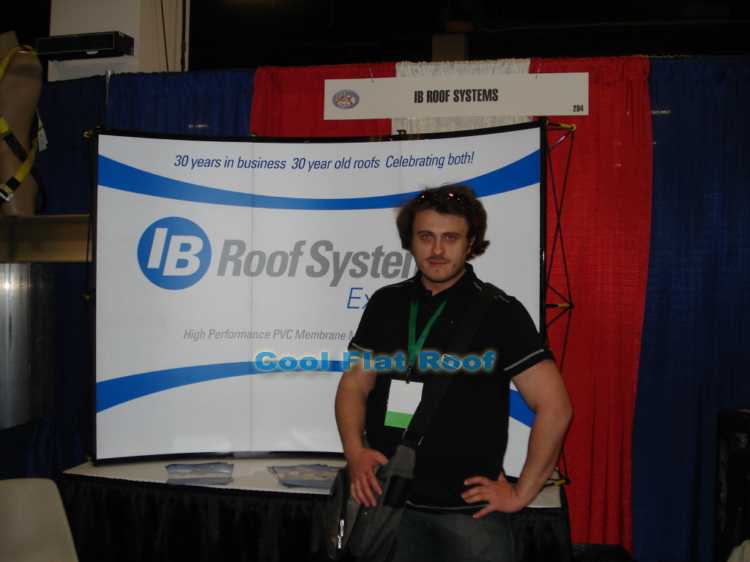 After being to a few of these shows already, I have found that they don’t get any more exciting, but it’s always nice that NERCA sets up up open bars with semi-decent wine, and cheese / crackers / fresh veggies & berries tables. I think that for roof sales professionals, these roofing conventions have become a boring necessity, as all they do is schmooze with each other and talk about competition. As for me and other roofing contractors, we can always find some new and exciting roofing materials, tools, equipment and services, such as infra-red roof scanners, roof lifts, a hydraulic-powered dumpster, which can be lifted to the roof level to speed up roof tear-off and clean up process.
As a Flat Roof contractor we were there supporting IB Roofs, which had a booth there, and I got to meet IB’s new Regional Manager, Dana Spurgeon, as well as IB’s local reps in Massachusetts – Jerry Lang and Kevin Laprte (whom I already know of course). 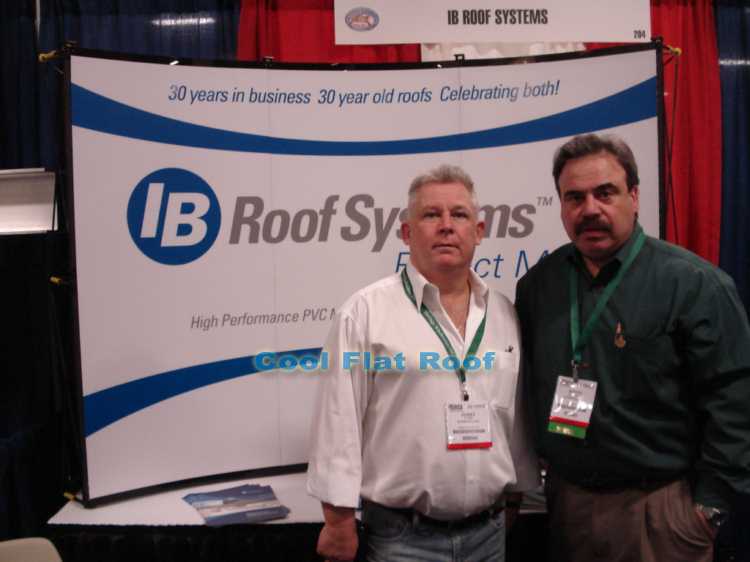 Roofing Equipment Presented at the Show

Besides the obvious and now ritualistic visit to the IB Roofs stand, I wanted to find as many cool, interesting and innovative roofing products at this show, and quickly wondered off, to explore the unknown. My first find was an excellent new automatic hot-air welder by Leister – the new Varimat V2.
END_OF_DOCUMENT_TOKEN_TO_BE_REPLACED 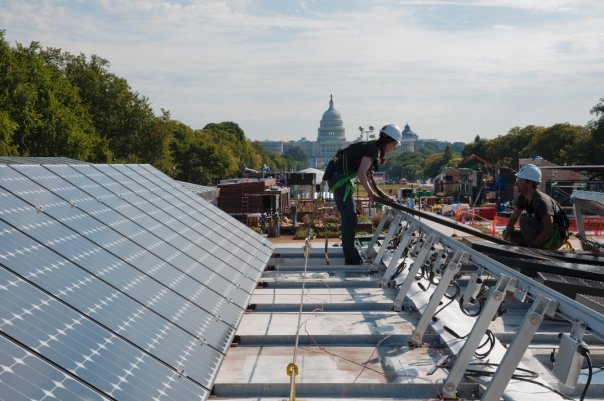 As I’m writing this, the 2009 Solar Decathlon in Washington, DC is nearing its completion. Twenty teams from around the globe are competing to build the best Solar Home, judged in ten different categories, including: architecture, engineering, net metering, living comfort as well as others. This year, Massachusetts – home to some of the greatest colleges and universities in the world – is represented by Team Boston – the joined efforts of Tufts, Boston Architectural College and a team of volunteers, all with the common goal to create green and sustainable home designs that could be readily available and affordable for actual home buyers and home builders. 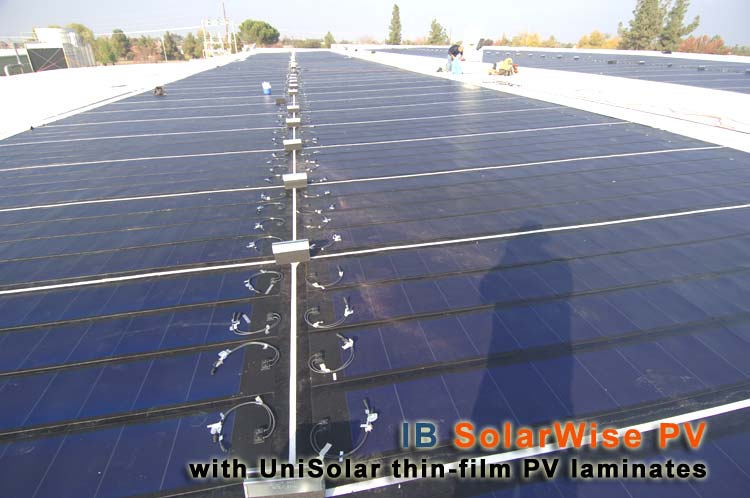 In any case, the two gentlemen from Suffolk, asked me to bid a new job in the pipeline of roof bidding lists:  A 4,000 squares (400,000 sq. ft.) on the IRS building in Andover, MA, and also they wanted 500 KW solar PV system that would be roof integrated – essentially they were interested in our IB Solar Wise PV system, which in some ways is similar to the one above, but without the wiring overheating of course 🙂 END_OF_DOCUMENT_TOKEN_TO_BE_REPLACED

Electricity in the 21st century.

Do you know how your electricity is generated? For a long time I kind of knew, but was too lazy to actually ask my father, who is a physicist, what exactly is going on in the power plant. Now it boggles my mind to live with the fact that in our modern time when an all-inclusive communication and Internet devices (iPhone, BlackBerry, etc.) is smaller than a deck of cards, we still use 19th century technology and basic principles to generate our electricity. Once you actually give this idea a thought, it becomes a shocking notion that our best minds have not been able to design a better way to generate electrical power than to burn coal and natural gas – two most commonly used sources of energy to create electricity.

Just in case you were wondering, coal or gas is BURNED to heat up water, which then becomes hot steam and drives the turbines. This is a basic principle and the actual process is more complicated, but even the “sophisticated” nuclear power plants work in a similar manner.

Note: I did know that electricity can be generated in the old fashioned way, but I actually thought that there was some kind of a mechanism to directly convert energy stored in gas / coal / oil directly “into” electricity, instead of emulating the old steam-engine – oops… It is a shame that our 21st century society is still burning fossil fuels to make the turbine spin.

Aside from the fact that we get our electricity the same way as before WW I, natural gas, oil and especially coal are extremely dirty fuels, emitting dangerous pollutants, which affect our environment in such a drastic way that just a couple of generations from today, our children may not be able to enjoy the outdoors the same way we can today. I won’t even start talking about climate change and global warming. On top of everything mentioned above, humanity is quickly approaching a worldwide energy crisis. Our oil reserves are getting depleted, and if you believe in “Peak Oil” theory, we are about to approach the peak of the curve, which means that oil will continue to become more scarce and prices will keep on rising.

Although coal is very abundant, it is also becoming more expensive to mine, and delivery once again involves burning petroleum based fuels, creating more and more pollution. It is obvious to most intelligent people (except those heavily invested in oil, coal, cars, etc.) that we need a clean, renewable source of energy. Despite what may seem like rhetoric about renewables, I do honestly believe that this is the way we will power our world in the future. However, the renewable energy must be affordable and/or competitive with current sources of energy.

So what is the answer – what is a modern and clean way to generate electricity? Well, there are a few, and the most popular ones are Wind and Solar. My personal favorite is Solar, and here is why.

Wind Turbines require lots of open space and lots of (you guessed it) wind to work effectively. Although wind is a great source of renewable energy, and unlike solar can work at night, it is not “customizable” or adaptable for the urban environment. There is just not enough space or wind in the city.

Solar, on the other hand, works just as well in city as in the countryside. All you need is southern exposure with none or minimal shading. Solar can be installed on a roof of a skyscraper, on the ground or even on a roof of a car. Solar is also a scalable system, and you can add or remove PV panels and/or inverters at any time. The bottom line is that solar photovoltaic power generation is much more practical, and can be implemented almost anywhere that power is needed. Besides that, both ways of getting “free” electric power from renewable sources are great.