If you are a building owner, facility manager or even a homeowner with a flat roof that leaks, and you are interested in or got a bid from a contractor to install a new flat roofing system called TPO (Thermoplastic olefin), this is a must-read article for you, because you will not find this information anywhere else.

From The Editor: – this post has 50+ VERY interesting comments from “both sides of the aisle” so to speak. We highly recommend you read these comments, after the post.

Foreword: TPO is a hot-air welded thermoplastic single-ply roofing membrane produced by numerous manufacturers. TPO was created to be better than EPDM Rubber roofing and cheaper than PVC roofs, while it would still provide all the benefits of hot-air welded seams. It was a good plan, and now TPO membrane covers billions of square feet of roofs and represents a multi-billion dollar roofing market, but there are some problems…

In it’s fairly short life (about 15-16 years) TPO went through at least 2 generations. 1st generation of TPO roofs began to fail in the late 1990’s and early 2000’s. Now, some manufacturers are on their 3rd generation (or major reformulation) of their TPO products. At the same time, TPO’s main rival – PVC roofing membrane such as IB Flat Roof, has not changed its formula in over 30 years.

The video clip above below a brand new TPO roof burning on a roof of a new office building that was built in Salt Lake City, and filmed by the Fireman crew.

Whether you are a customer looking for a new flat roof or a roofing contractor, I recommend that you to do some serious research on TPO before investing in it. This will serve your own benefit.

To start, you may want to check out the WSRCA (Western States Roofing Contractors Association)  “TPO roof study” – http://www.wsrca.com/bookstore/index.htm.

WSRCA’s test roofs in Las Vegas, NV, Anchorage, AK, San Antonio, TX, and Seattle, WA demonstrate the product service life in diverse climates throughout the western United States. All have weathered past the four year mark, and the results are now published.

The problem is that for some reason they pulled off 2007, there is still no 2008 edition and only a 2 year old report from 2006 is available. But here is the “rumor” from trusted sources:

TPO roofs in the above study lose minimum of 1 mil of thickness per year and some TPOs lose as much as two mil per year (in 10 years that will be 20 mil – imagine that on a 45 mil membrane). The average top ply thickness is 15 mil – some are 12. Once you are down to the scrim, the roof is gone, and the UV will eat the scrim and bottom ply. 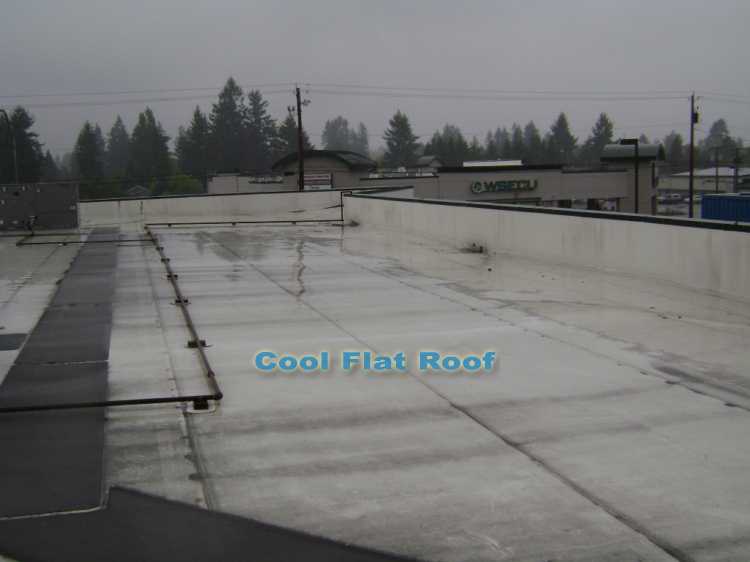 Also, there are problems with seam failures, premature curing, cracks along the seams, etc. These are TPOs made in 2001-2002 (second generation) Supposedly there is no 3rd gen. going into production, and I suspect that the reason for the 2007/2008 edition of this book not being available is because manufacturers pressured WSRCA to pull those off. I could swear that I saw an ’07 edition available on sale in January ’09, and now its not even listed.

Aside from the above, most TPOs and maybe some PVCs (to cut costs) come with a wicking scrim, so you need to do something about the edge of the weld – that is like welding twice, and there is still lots of room for error, and once the water gets to the scrim, it will delaminate the membrane… I don’t need to explain the consequences.

So, the bottom line – do you want your customers to have a 2nd/3rd gen. of repeatedly failing roof technology and put your reputation on the line for a gimmick created by greedy roofing manufacturers, who are looking for ways to reduce costs at the expense of quality (putting cheap fillers into membrane to create nominal thickness)? What is the difference between 45 and 60 mil TPO if weathering surface is 12-15 mil? Just a thicker bottom play that is made of junk in a first place.

Another thing that amazes me about TPO is the peel-n-stick seams. WHY?… The whole point of thermoplastic roofs (PVC & TPO) is the hot-air welded seam… EPDM rubber roof can be peel and stick… but TPO? All it does, is attract hacks into thermoplastic roofing market. Those who do not care about quality install, fly-by-night dudes, etc. I mean, if you as a roofing contractor go and spend $10-20K on the hot-air welding equipment you probably won’t disappear tomorrow, as you need to pay for that equipment and make some money on top of that. You as a roofing contractor are probably in it for the long run…

As I mentioned in the beginning of this article, the idea of a TPO roof is great. A cheap, naturally cool, long lasting flat roof system featuring hot-air welded seams is something of an ideal for the roofing industry to strive toward. However, the “cheap” part in TPO is why all these roof failures occurred, and will be happening on a wide scale in the near future. TPO’s problem is not the faulty design. In Europe, TPO has been around for decades and is considered to be a very good flat roofing system.

However, here in the US, roofing manufacturers put the bottom line in their accounting books above product quality and interest of their clients by manufacturing their TPO membrane using primarily cheap fillers and low quality wicking scrim, without proper testing or acquiring UL certifications. In the end, roof owners and to some degree roofing contractors become victims of corporate greed and irresponsible business practices.[PSGallery=1ondfvgxk]